The Tides are an invisible but powerful force in Torment: Tides of Numenera 's Ninth World. They are described as similar to magnetism or gravity, an intrinsic part of the world, but they are forces linked to morality and behavior, and have a long-lasting impact on those attuned to them.

Few people in the Ninth World know the Tides even exist, but even creatures who are not sentient can be innately attuned to them. Those who know about them assigned colors to each specific Tide, based on how they seem to correlate with emotional and psychological reactions.

Tides in Torment: Tides of Numenera serve as a more elaborate alignment system, based on actions, not motivations. The Last Castoff's attunement will evolve depending on their actions in game, and affect their Legacy.

The Last Castoff is able, thanks to their conscious attunement, to use the Tides in their favor, with different effects depending on the situation.

Behind the scenes[edit | edit source] 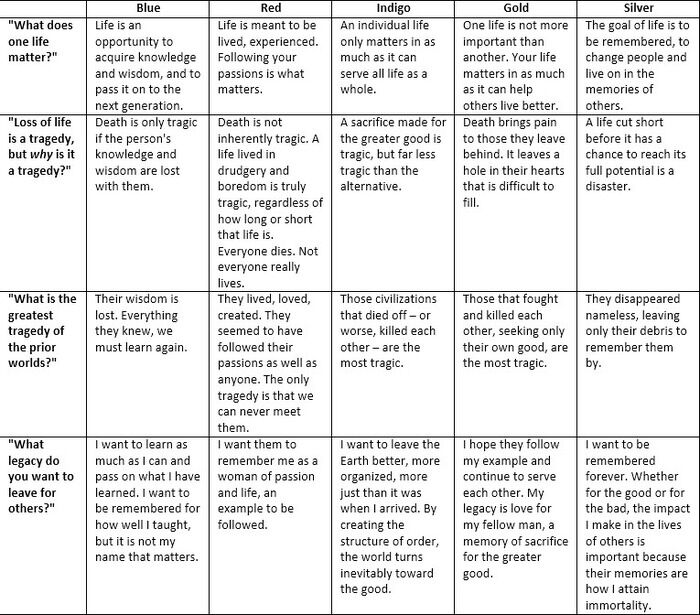 Retrieved from "https://torment.fandom.com/wiki/Tides?oldid=17179"
Community content is available under CC-BY-SA unless otherwise noted.